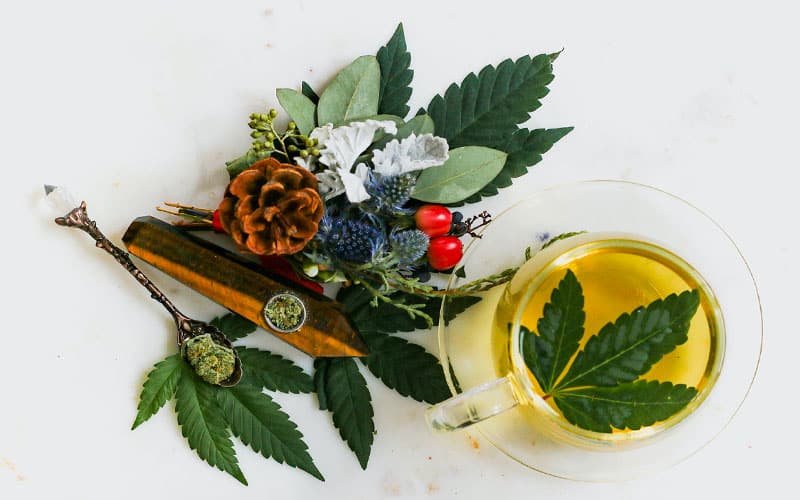 Today we’ll be talking terpenes – what are they, why are they important, what effects they have. When you go into a dispensary and purchase a product, you’ll see a terpene listed on the state-mandated product info label. After reading this blog, you’ll know what you are looking at. Most importantly, you’ll know what to look for!

What is a Terpene and Why are They Important?

A terpene is an aromatic compound in plants. Not just cannabis – they are in fruit, trees, flowers, etc. While they are in every plant, cannabis has one of the greatest variety of them. So far, scientists have identified more than 200 terpenes found in cannabis.

In addition to giving cannabis flavor and scent, terpenes have beneficial properties. Just like cannabinoids, they bind to receptors in the human body and that is what gives them their different effects. For example, the terpenes found in the lavender plant are the reason people use lavender oil to promote rest and relaxation. The same is true for those same compounds found in cannabis.

Terpenes affect your experience with cannabis – will it energize you, make you couch-locked and sleepy, relaxed but functional, etc.  Really, they are the best way to determine if something is a “Sativa” an “Indica” or a “hybrid”.

Terpenes are found in cannabis flower, pre-rolls, and concentrates. They can also be found in edibles, tinctures, or topicals. However, many products on the market in those categories have had the terpenes removed because they make the edible or topical smell and taste like weed.

What are the Effects of Common Cannabis Terpenes?

Now, let’s talk about some of the most common cannabis terpenes and where they fall on the Sativa / Hybrid / Indica spectrum.

Citrus fruits such as oranges and lemons contain limonene. According to a variety of sources, this terpene is relaxing and has antibacterial, anti-fungal, and anti-carcinogenic properties. It is generally an uplifting, Sativa-leaning terpene.

This terpene can be found in pine needles. It has a similar scent and taste. Additionally, it is the Earth’s most common terpene. According to a variety of sources, this terpene keeps people alert and can be used as an expectorant, topical antiseptic, and bronchodilator. Is it an Indica-leaning hybrid effect terpene.

This terpene is prevalent in hops but also mangos, ylang-ylang, and bay leaves. Myrcenes is famous for having a sedative effect and is actually the most abundant terpene in cannabis.  According to a variety of sources, it is also used as an antioxidant, an anti-carcinogenic, and for reducing pain inflammation. It is definitely an Indica-effect terpene.

This terpene is a bit herbaceous, a bit piney, and a bit citrus in scent and taste. It is found in lilacs, nutmegs, and cumin. It is definitely a Sativa-effect terpene and is commonly found in uplifting strains. According to Leafly, it may have antibacterial and antifungal properties.

The taste and scent of this terpene are often described as sweet, woody, spicy, and peppery. It is found in black pepper, cloves, and cinnamon. According to a variety of sources, it has been known to take away pain and is used medicinally as an anti-inflammatory remedy. Beta-Caryophyllene is very much a hybrid-effects terpene.

This is the terpene found in lavender and is thought to be another sedative terpenes. According to a variety of sources it can also be used for anti-convulsing, anti-anxiety, anti-depressant, and anti-acne treatments. It is an Indica-leaning terpene.

This is another terpene found in hops and in fact, the name “Humulene” is derived from the Latin word for hops. It is known to have anti-inflammatory and anti-carcinogenic benefits as well as appetite suppressant benefits. It does have sedative effects but can commonly be found in sativa cannabis strains nonetheless.

When it comes to cannabis concentrates, there is one additional factor to consider. “Where do the terpenes come from?” I will explain it.

Cannabis concentrates break down into roughly two categories: vape cartridges and dabs. Vape cartridges or pens are convenient, portable, easy to use, and understand. Dabbing is taking a cannabis extract and vaporizing it using a glass pipe set up – it is something more advanced consumers do.

On the other hand, a distillate is a very refined cannabis concentrate. In distillation, you remove everything that is not a cannabinoid and in fact, you remove almost everything that isn’t THC. So the cannabis vape cartridges and pens on the market that are distillate products have terpenes reintroduced to the oil to give it flavor and effect. Why do consumers like this?  For two reasons:

We could debate that point all day but that’s not the topic at hand. The real key is where the terpenes come from.  The terpenes reintroduced to the cannabis distillate either come from cannabis plants or they come from other plants.  Consumers generally believe that terpenes from cannabis are superior to cannabis from botanicals. They aren’t necessarily wrong on this point but not for the reasons you might think.

Does it Matter Where a Terpene Comes From?

Limonene is limonene whether it is found in cannabis, a lemon, etc. The chemical structure and properties are exactly the same.  So in that sense, it doesn’t matter where the terpenes come from. In fact, the taste of a mix of botanical terpenes designed to imitate a cannabis strain is nearly indistinguishable from the cannabis strain taste. Botanical terpenes are cheaper than cannabis terpenes and that is why they are used.

But here is where cannabis terpenes have an edge of botanical terpenes. If you make a mix of botanical terpenes to mimic the mix found in a particular cannabis strain, you won’t get every terpene found in the strain. You’ll get the vast majority but it won’t be exact. That’s why consumers generally find cannabis terpenes to provide a superior experience to botanical ones. Because instead of pulling a few isolated terpenes from a plant and mixing them, you have all the terpenes from the cannabis plant PLUS whatever other miscellaneous cannabis compounds are in the terpene extract.

Terpenes are generally found in cannabis extracts at a range of 2–10%. There are some concentrates on the market that have a higher percentage – up to 40%. In this case, many more terpenes are added to the concentrate than would naturally occur from extracting the oil from the cannabis plant. Some health experts are concerned about having such high levels of terpenes in a concentrate because the long-term effects of heating and inhaling them are unknown.

Fun Fact: Terpenes are actually a solvent. That’s why turpentine is so toxic. It’s a highly-concentrated terpene. In other words, there can be too much of a good thing!

We’re homegrown in Las Vegas, Nevada. We embrace niches others in the Cannabis market ignore or reject. Vegan? Diabetic? Old-school hash connoisseur? Looking for a specific ratio of CBD and THC in your products? You got it! We’ve got a product for you!

Our products are simple and they are great. From the cannabis oils, we use to the packaging and the varieties of our products. Finally, and best of all, our edibles are damn delicious! In other words, if we wouldn’t want to eat them, we aren’t going to sell them to anyone else.

We NEVER cut our concentrates with anything – period! EVER! We use top of the line C-Cell hardware – always. We ensure quality and purity.

OMG THC products are intended for use by and available to adults 21+ and over only. Keep our products out of the reach of children and pets. Be smart. Be Vigilant. Finally, enjoy our products responsibly and keep everyone safe.