What Are Cannabinoids and How Do They Work? 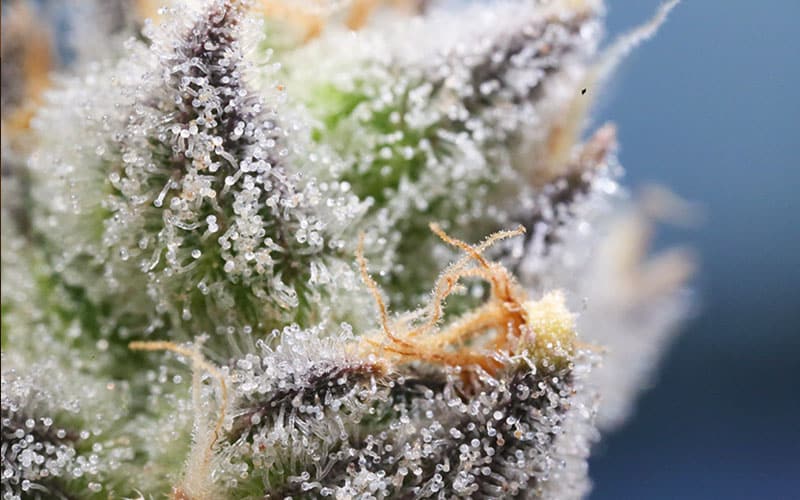 Cannabinoids are chemical compounds found in cannabis. The cannabis plant has more than 100, but testing laboratories in Nevada test for the most commonly found 15. These cannabinoids are also found in hemp, which is the same plant as cannabis just varieties with very low THC and much higher CBD in them. In the 1980s scientists discovered that the human body (as well as some animals) has specific receptors for cannabinoids. These are called the CB1 and CB2 receptors. CB1 receptors are mostly in the brain and CB2 are mostly in the immune system.

Our bodies produce their own chemicals that interact with these receptors. These compounds are called endocannabinoids because endo means they come from within – i.e. biologically manufactured by our bodies. Scientists have found that they help regulate sleep, memory, pain, mood, and digestion.

The cannabinoids found in cannabis or a few other plants are called phytocannabinoids. Why? Because “phyto” means they come from a plant. The cannabinoids in cannabis are concentrated in little resin sacks at the end of the trichomes on cannabis plants. When you look at a cannabis flower up close you will see what look like little alien antennae covering the flower. Those are the trichomes. The sacs at the end are the “heads” and that where most of the goodies people want from cannabis are concentrated.

Which Cannabinoids Are Federally Illegal and Which Ones Aren’t?

For example, CBD, CBG, CBN fall into the category of hemp. Hemp and its extracts are legal to cultivate, process, and sell as long as they contain less than a certain threshold of THC and are produced within regulations defined by state and federal laws.

If they are not infused into something else they can be sold across state lines. However, if you add hemp-derived CBD, CBG, or CBN to a food product, it cannot be sold across state lines. This is because any ingredient found in food and sold in interstate commerce is subject to FDA approval. Therefore, it must be determined “Generally Recognized As Safe.” Up until this point, the FDA has not done this for those cannabinoids. They have however determined hulled hemp seeds, hemp seed powder, and hemp seed oil to be GRAS.

Similarly, any dietary supplement that contains an ingredient not found in dietary supplements prior to October 15, 1992, must be presented to the FDA with evidence support the product being safe. If the FDA does not object within 75 days, the dietary supplement can be sold with the new ingredient. And certainly, anyone distributing any cannabinoids has to steer clear of medical claims about cannabinoids, lest they run afoul of the FDA’s rules about medications and drugs.

Even then, some states like Idaho, Nebraska, and South Dakota have taken a strong stance against CBD from hemp or marijuana – and anyone who lives in or travels to one of these states needs to be very careful selling, buying, or possessing it. Additionally, it’s important to remember that THC is still federally illegal. Consequently, it can only be purchased legally in states that have legalized it and provided for licensed cannabis operations and stores. However, there is no guarantee the federal government will respect these state laws.

I should add that of course I am not an attorney nor is anyone on this podcast an attorney and this information should not be interpreted as legal advice! Of course, everyone should consult their attorneys before making any decisions about using, purchasing, or selling cannabinoids in any form.

What Do Cannabinoids Do?

Because cannabis is federally illegal and because until very recently it was also illegal in most countries, there is very little by way of scientific studies to operate off of. Therefore, determining what specific cannabinoids do on their own or in combination with each other is tough. There are some limited studies and there is an abundance of anecdotal evidence, but parsing through all of it can be a challenge.

Almost everyone has heard of THC because that’s the cannabinoid that has gets you high. In fact, THC is the only cannabinoid known for sure to be intoxicating. Other cannabinoids may not get you high on their own but can actually amplify or change the way THC affects you. For example, while CBD on its own is not psychoactive, when combined with THC in equal amounts it seems to amplify the psychoactive effects of THC according to an abundance of anecdotal evidence.

THC binds with both CB1 (brain) and CB2 (immune system) receptors. CBD doesn’t actually bind with either but it does stimulate both types of receptors. When you consume much more CBD than THC (5, 10, or 20 times the amount of CBD compared to THC), many people report that you don’t get high – that the CBD counteracts the psychoactive effect.  It is known that at a certain level the CBD limits the effects of THC on the CB1 (brain) receptors – so perhaps that is the reason CBD in strong proportion to THC counteracts the high.

What some people may not know is that THC comes in a few different forms and when they are talking about the THC that gets you high they are actually talking about THC Delta 9 and/or THC Delta 8. So what form of THC doesn’t get you high? Well, that would be THCa.

There isn’t enough research on THCa to definitively state what it can treat and with what degree of efficacy, but preliminary research and anecdotal evidence suggest that THCa will play a pivotal role in cannabis medicine as the industry propels forward. Here are some of the potential benefits studies have started to unveil:

Other possible medicinal avenues supported by patient stories include insomnia, muscle spasms, and pain. Unfortunately, we’ll have to wait for more studies to substantiate all of the above benefits before we can fully understand what THCa means for the future of cannabinoid-based medicines.

Benefits Without the Drawbacks

A lot of people in the know see THCa as a way to get the medicinal benefits of THC without the high. So how do you get THCa? Well, you can literally juice some cannabis flower. Some companies make some THCa products specifically designed as transdermal patches or for ingestion rather than for heating it up in some way.

Then there is Delta 8 THC. There typically isn’t much in cannabis flower so it is usually converted in the extraction process from Delta 9 THC to Delta 8 THC, or even converted from CBD. Compared to Delta 9 THC, it’s less psychoactive.  According to the National Cancer Institute, it has antiemetic, anxiolytic, appetite-stimulating, analgesic, and neuroprotective properties.

As for CBD, according to the Harvard health blog, “patients do report many benefits to CBD, from relieving insomnia, anxiety, spasticity, and pain to treating potentially life-threatening conditions such as epilepsy.”

The same blog post notes that marijuana is quite effective for chronic pain and is clearly safer than opiates. Additionally, it appears to ease nerve pain in general and for MS in particular. People swear by it for lessening Parkinson’s tremors. Finally, others claim it can be used to treat glaucoma.

Where Can I Find Out More About Cannabinoids?

Leafly is a good resource and starting point. This link to Leafly and the links in it will take you down a rabbit hole.

We’re homegrown in Las Vegas, Nevada. We embrace niches others in the Cannabis market ignore or reject. Vegan? Diabetic? Old-school hash connoisseur? Looking for a specific ratio of CBD and THC in your products? You got it! We’ve got a product for you!

Our products are simple and they are great. From the cannabis oils, we use to the packaging and the varieties of our products. Finally, and best of all, our edibles are damn delicious! In other words, if we wouldn’t want to eat them, we aren’t going to sell them to anyone else.

OMG THC products are intended for use by and available to adults 21+ and over only. Keep our products out of the reach of children and pets. Be smart. Be Vigilant. Finally, enjoy our products responsibly and keep everyone safe.