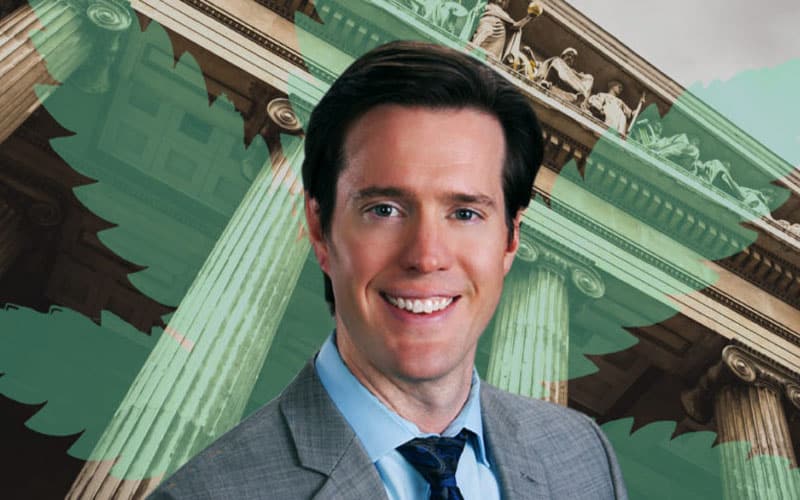 Benjamin Bey of Soul D’licious Seasonings and co-host Stephanie Magurno of THC Production, LLC interview Tom Howard and Miggy420 of Cannabis Legalization News Network. This cannabis podcast and YouTube Channel helps listeners learn about updates, activism, and cannabis laws. Additionally, the two talk about the gateway drug myth that was taken as gospel truth back in the 1980s and 1990s.

Today in our science segment, we talk about the “gateway drug” myth and the science that disproves it. Despite these myths being drilled into our heads for decades, it turns out there has been no proof that cannabis use leads to harder drug use. In fact, many studies prove the exact opposite is true.

As most of you remember, the 1980s were the time when the Drug War went into overdrive. In 1984 the Regan administration passed the Comprehensive Crime Control Act. This increased penalties for possession of cannabis. Additionally, the CCCA established mandatory minimums and civil asset forfeiture laws.

The first study came after Washington, Oregon, Alaska, and Colorado had legalized cannabis. After these cannabis legalization efforts, cannabis use increased significantly. According to the “gateway drug” myth, this increase in cannabis use should have translated into an increase in harder drug usage. However, hard drug use did not occur. In fact, in three of the four states, opioid addiction was actually lower than the national average. Additionally, smoking of cannabis reduced smoking of tobacco. Simply put, the corresponding spikes don’t exist.

Another report from the National Institute on Drug Abuse noted that the vast majority of cannabis users never go on to use harder substances. Additionally, the Institute of Medicine said there is no evidence that cannabis use is linked to the use of other illicit drugs. In fact, it turns out that many of the studies used to support the “gateway drug” myth did not study cannabis use at all! Shockingly, the studies followed the usage of alcohol and nicotine! But it gets even more absurd. These same studies used to brainwash generations of children never studied humans at all. As it turns out, they were studying rats. Ouch!

Hash It Out! – Interview With Cannabis Legalization News Network

Today we’re talking with Tom Howard and Miggy420 of Cannabis Legalization News. Tom Howard is a lawyer and founder of Cannabis Legalization News. He talked with us about the services he provides and how his podcast addresses a variety of cannabis-related legal issues. Tom helps people as a business consultant, legal counselor, litigator, and more!

Tom got involved in the cannabis industry after law school. As a history major, he became interested in the laws surrounding the plant and then decided to dedicate his practice to cannabis law. After discovering how illogical cannabis laws were, he was determined to provide everyone with the resources they needed in his Cannabis Legalization News podcast in order to prove the unconstitutional nature of cannabis prohibition.

Tom believes the Federal Government has lagged on legalization. Badly! As Tom says, it’s really hard to lobby when your lobby is illegal. In other words, there is prejudice and social engineering involved. After all, if the government can get a COVID vaccine created and issued within less than a year, how is it that the government can continuously claim more study is needed to prove the medical value of cannabis.

Miggy 420 got into the cannabis industry after attempting to collect signatures for medical cannabis legalization ballot initiatives. Miggy420 feels it is also an issue of money. At this point, he feels there is no argument left against keeping cannabis illegal. However, he attributes the lag in legalization to gerrymandering, social inequality, and racism. Especially in southern states like Georgia.

This week, we discuss the terms Indica, Sativa, and Hybrid. But most importantly, we discuss how those terms are outdated. While they’re useful in describing the type of high one gets, the terms seem to have outlived their origins.

For example, when a strain is a “Sativa”, what people are referring to is a head high. However, “India” is associated with relaxation. And of course, a Hybrid had combined genetics from both with leanings toward one or the other.

We Want to Hear From You! Reach out to us to suggest topics or find out about guest spots on the Soul D’licious Infused podcast. You can get ahold of us by sending an email to Podcast@THCProduction.com. Additionally, keep an eye out for our new segment, “Read Your Mind” where we read and answer your questions on the show!